Training is now a very big part of my life. I’ve had to plan a lot of travel and training this week, from getting to the start of leg 15 for the South Downs relay to travelling to Portugal. I wouldn’t have it any other way.

As my children are now 17 and 21, they’re very used to me training on holiday and sometimes waiting for me to get it done before we head out for a day a the beach. Today I’m writing this in training time! Who said a holiday is about resting?

This week started with a recovery day after last week’s Swashbuckler Race. My back was very sore and I had a headache for most of Monday which I put down to the heavy atmospherics and dehydration. Nurofen sorted both out!

On Tuesday I had intended to train, but I also had to finish my year-end accounts before going away, so I sat in my training gear at my desk from 8am to 8pm and didn’t really move! Two days off training…. sacrilege.

I didn’t need to worry about having had two rest days – I needed it. On Wednesday I set off just before 630am to pick up Tori and travel the 90+ minutes in the car to the start of leg 15 for our final recce before the forthcoming South Downs Relay, a 100-mile running relay event which we’re taking part in next week, as part of the Brighton Triathlon club Mixed team. Needless to say the run included some serious hills and Tori and I ran very slowly! After dropping Tori to Havant station, I drove to Heathrow airport to meet my friend Celia, who had flown in from California for our tip to Portugal. By the time we got home it was almost 4pm and I’d eaten a yogurt and 3 Clifbar blocks and drunk coffee. Celia and I enjoyed a lovely Thai meal and a few beers – but I was running on adrenaline. 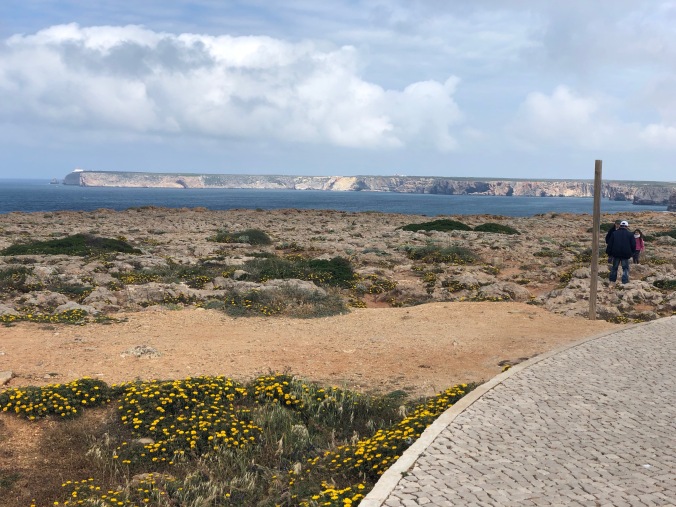 On Thursday, Celia and I rushed off to an excellent intense 45 minute spin session, then it was all about packing and travelling. I had a familiar lightheaded feeling and a few sparks of light, that usually sparks a migraine, but luckily  it didn’t develop. We arrived at our destination and ate late, and hit bed by 1am.

The migraine did arrive on the first morning of the holiday and floored me for half an hour, but in the afternoon I managed a lovely 2K sea swim.  On Saturday I was still a bit wary and enjoyed a 5K run with my daughter and some swimming in the pool (it’s tiny so I went around in circles rather than kick off the side)! On Sunday energy levels were restored and I enjoyed exploring, taking pictures and running for 10 miles and in the afternoon managed 2350M in the clear sea. The week’s hours were single digit for the first time in over six weeks, but I was quite happy to have has an easier week after racing.

Coach Dave has given me a nice mid-term summary: ‘I have to bring you back to the objective figures that I am measuring. When we met before your training camp holiday, on 17th March your Chronic Training Load (CTL) was at 37 TSS points per day. As of today, it is at 74 TSS per day. So, although mid March was quite a low point for you in terms of the cumulative training load from the New Year until then due to your accident and surgery / recovery, you have still managed to steadily build your volume to double what it was then. Fitness lags training load a bit as it takes time to absorb and you won’t really feel the benefit obviously for another few weeks. We’re aiming to build a kind of fitness that won’t be truly tested until Barcelona in October and over the time between now and then, we’re going to have to trust the process and track the increasing training load. Sessions which feel hard now, will seem easier, particularly on the bike in terms of duration and with your swimming pace.’